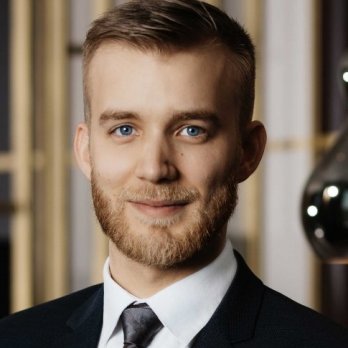 A math lover in Revenue Management

William Bernard, a 2017 graduate, is the Revenue Manager of the InterContinental in Ljubljana (Slovenia).

He loved doing math, but also loved the hospitality industry!

William Bernard began studying at Vatel Nîmes after scientific and mathematical studies. “I was quite gifted in science, but didn’t really love this. During my free time I worked in events management and this is what sparked me to study for service and hospitality professions.”

He quickly struck a balance between both: “I discovered a booming job, Revenue Management, though it was still in its infancy. I also discovered that I had a lot in common with the InterContinental group, and I applied for a job with them after a very interesting discussion I had with the European Revenue Manager.”

There was a vacancy in Ljubljana where a hotel was being opened: and he was hired! In the Slovene capital, William works both as the Revenue Manager as well as head of the Reservations department, to have close links with its guests.

As his favorite discipline was born in the 21st century, the future looks bright for him.