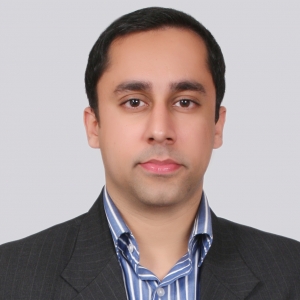 “My Vatel professors set the route for my success. It’s just like if I had chosen to take the path leading to hotel management and they had transformed this little path into a huge avenue with many different roads intersecting with it - meaning the hotel departments where I did my practical application weeks - so that I would never lose my way in any hotel structure whatsoever.  Udai Singh, who came to France to study at Vatel from 2003 to 2006, went back home to India where he is now the General Director for the Paradiso Group.

“After I graduated from Vatel in 2005, I was hired in famous international hotels in India such as the Oberoi, and the Imperial Hotel, in the Front Office, and then in Sales and Marketing. And as I had learned the “French art of hospitality”, I personally took care of our French guests, companies and politicians.  I was often in charge of Heads of States and VIP guests.

I’ve worked for Paradiso Group since 2007, and I’m currently the General Director.   Literally speaking, a Director is the person who gives directions. A hotel Director is in charge of managing and supervising all the departments in a hotel: sales, revenue, marketing, reservations, and customer service, just to mention a few.    A Director must make sure that all the various departments are working well together and that each one is contributing efficiently and in synergism to the hotel’s overall growth.

We have very close relationships with our global partners and these relationships must be maintained and honed. I often travel all over the world to meet up with our partners. I also attend many conferences and forums to be updated on the latest trends in our sector and also be aware of anything new that could be of interest to our brand.

Our “flagship hotel, the Villa Paradiso is located in Dharamsala, in the Himalaya Valley. The second Villa Hotel is in a famous touristic city in Jaipur, Rajasthan. Our ambition in the future will be to open in cities such as New Delhi, Goa and other central and southern regions of India. Our Group also has international ambitions, in some central and southern European regions, and in eastern Asia in the next few decades. Furthermore, the Group also wants to diversify in wine trading as well as in the luxury tour sector. So I’ve got plenty of great projects to be managed in the future.”